Local places of interest to visit by bike

Danny is a keen cyclist and has shared some of his local rides with us to pass on to Get Active in Ebbsfleet users, along with some great points of interest and facts about the locations. All locations are easily accessible on a road bike and a variety of distances from Ebbsfleet Garden City to suit all levels of cyclist. 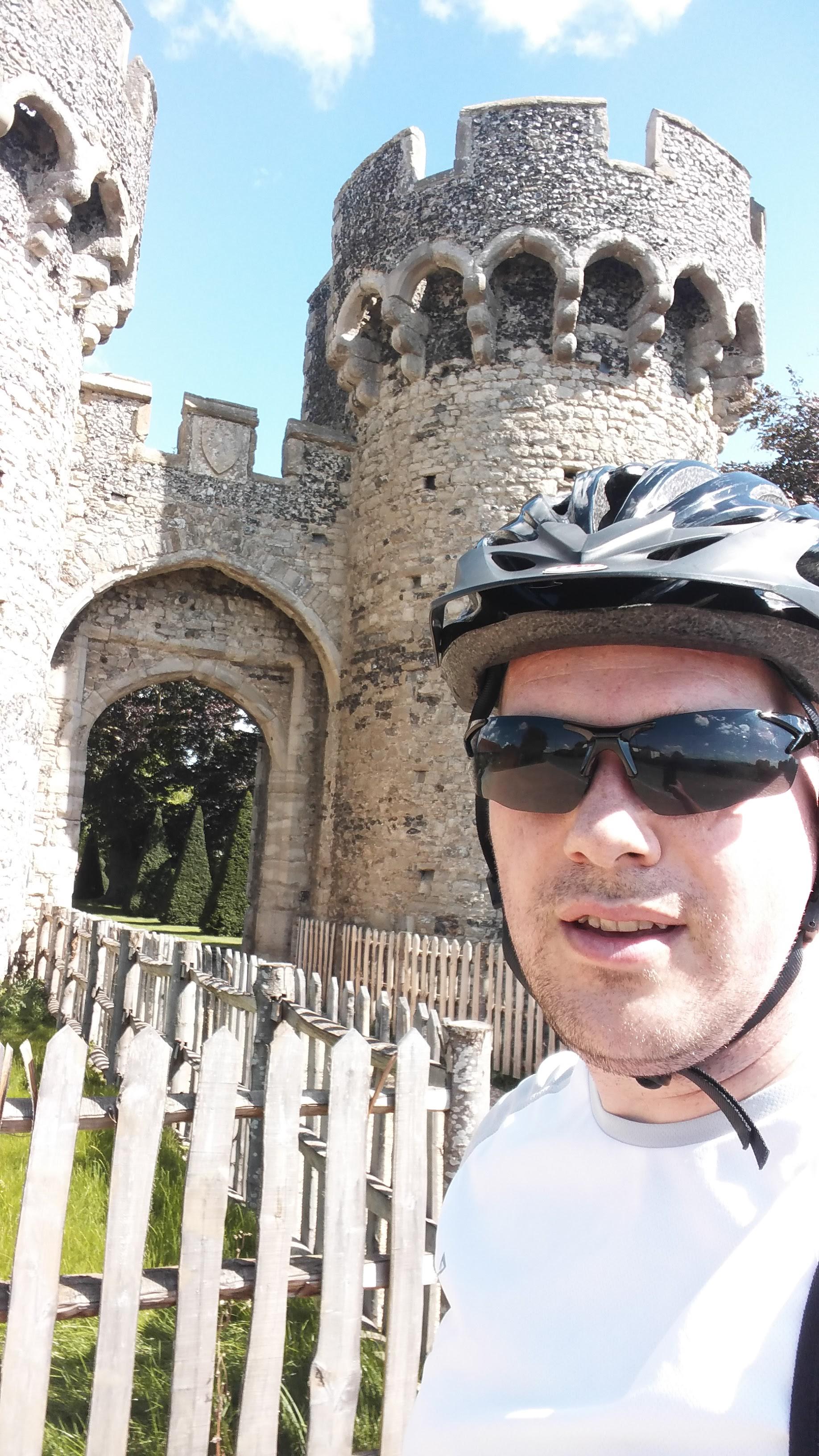 The Village of Cobham

Cobham is a village and civil parish in the Gravesham District of Kent, England. It is located south of Watling Street, the old road from Dover to London, six miles southeast of Gravesend. The hamlet of Sole Street lies within the parish, which covers an area of 1,240 hectares and has a population of 1,328. (2001 census), increasing to 1,469 at the 2011 census. 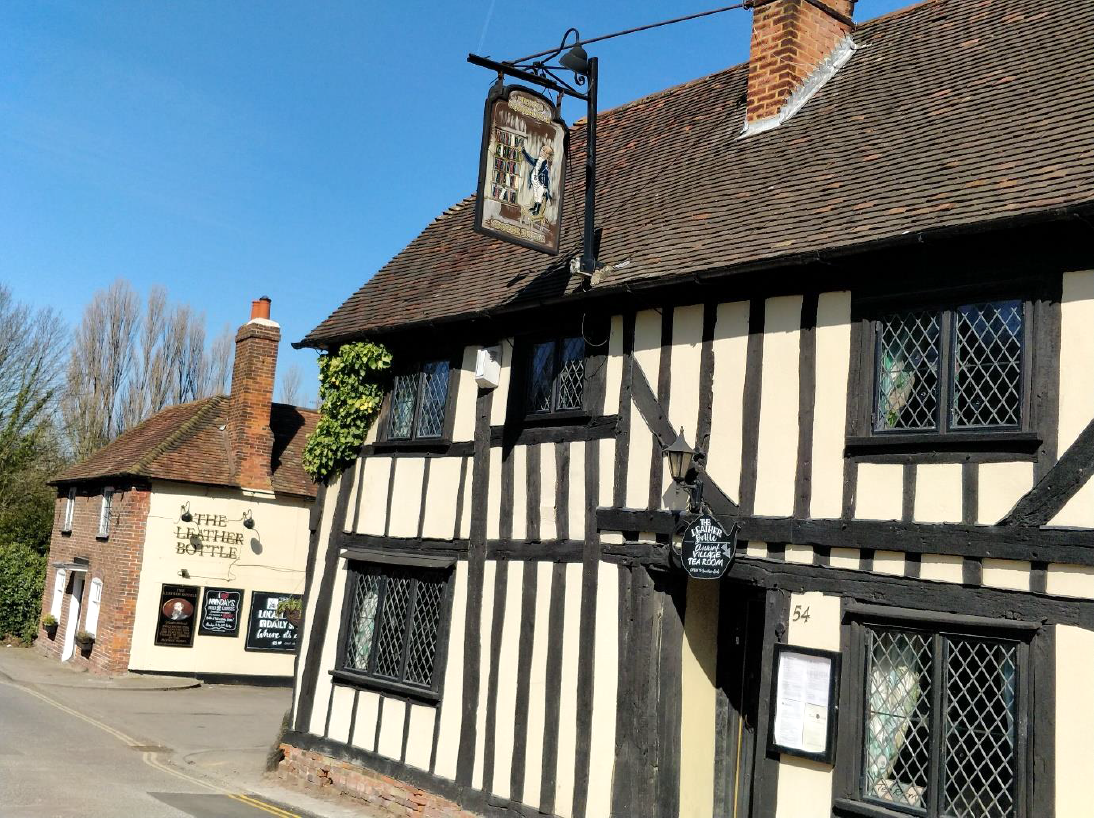 Charles Dickens used the churchyard of St James' Church as his inspiration in the opening chapter of Great Expectations, where the hero Pip meets Magwitch the convict.  The site - on the Hoo Peninsula with marshes stretching north to the Thames estuary, is dramatically desolate and bleak in winter, recalling the sinister opening scene in David Lean's 1946 film of the book.

Here, you can find what have become known as Pip's Graves - the forlorn gravestones of 13 babies that Dickens describes in the chapter as "little stone lozenges each about a foot and a half long, which were arranged in a neat row beside their [parents'] graves."

Inside, the church is light and spacious.  There is a 500-year-old timber door that still swings on its ancient hinges - even though it now leads to a blocked north doorway!  Another quirky feature is the 19th-century vestry - its walls are lined from top to bottom with thousands of cockle shells - the emblem of St James.

The monuments in the church walls and floor are a fascinating record of those who once lived here.  They include a slab with a brass effigy of Feyth Brook, who died in 1508 and was the wife of Lord Cobham, of nearby Cooling Castle. 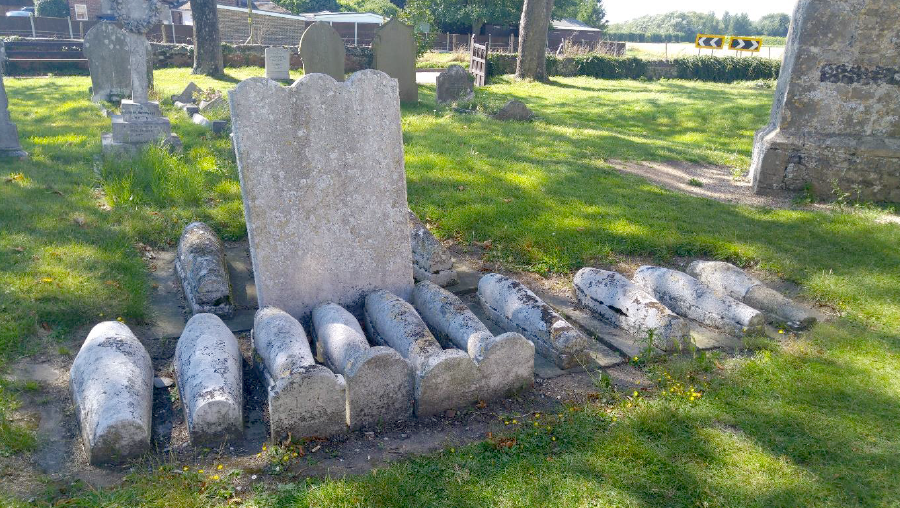 Cooling Castle is a 14th-century quadrangular castle in the village of Cooling, Kent on the Hoo Peninsula about 10.5 miles from Ebbsfleet Garden City. It was built in the 1380s by the Cobham family, the local lords of the manor, to guard the area against French raids into the Thames Estuary. The castle has an unusual layout, comprising two walled wards of unequal size next to each other, surrounded by moats and ditches. It was the earliest English castle designed for the use of gunpowder weapons by its defenders. Despite this distinction, the use of gunpowder weapons against the castle proved devastating. It was captured after only eight hours when Sir Thomas Wyatt besieged it in January 1554 during his unsuccessful rebellion against Queen Mary. His attack badly damaged the castle, and it was subsequently abandoned and allowed to fall into disrepair. A farmhouse and outbuildings were constructed among the ruins a century later. Today the farmhouse is the home of the musician Jools Holland, while the nearby barn is used as a wedding venue. 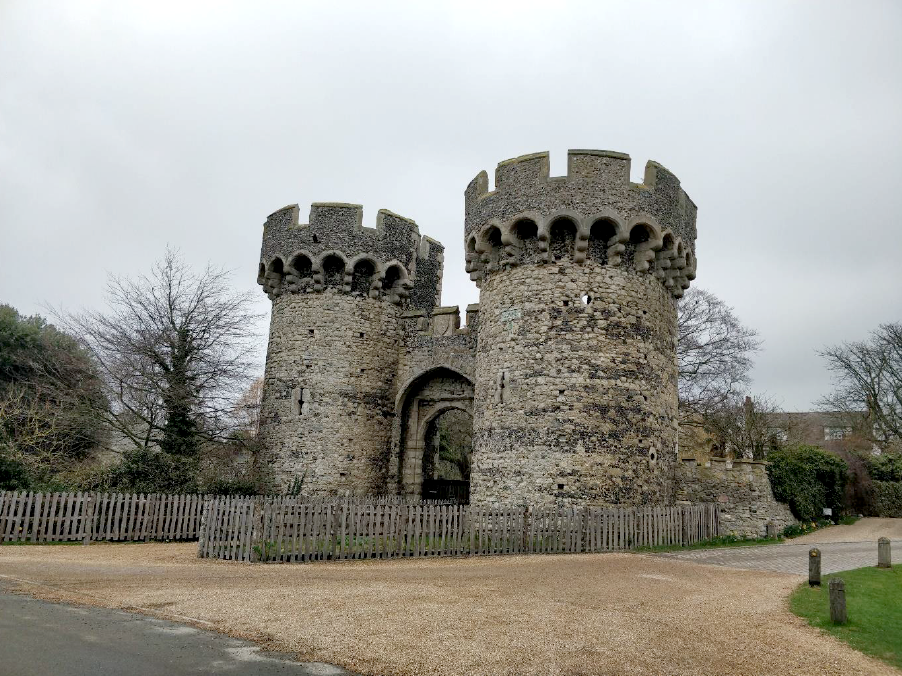 St Mary's was founded in the Saxon era, and a church was in existence on the site before the Norman Conquest. The present church was rebuilt after the Conquest, and it still contains some Norman features, despite later additions and alterations. During the 12th century a nunnery was founded nearby, and in about 1280 it moved to a site opposite the church. In 1357 the nunnery received a papal indulgence to raise money for repairs. It is thought likely that this was used to build a new south aisle for the church, which is as large as the original nave. The nunnery was closed in 1522. In 1710 the spire was built. The church was repaired and restored in the early part of the 19th century. The south porch was built during the 19th century. In 1863 the church was restored by an architect with the surname of Speechly, and new furniture was installed. The windows were replaced "copying what was there before." However, by the middle of the century the centre of Higham's population had moved away from the area of St Mary's, and a new church, dedicated to St John, was built nearer to the railway station and the main road in 1862.

Many thanks to Danny for inspiring us to get on our bikes and see local places of interest whilst getting active and earning BetterPoints!

I feel connected to other people again

Walking has helped my back immensely